We spent a day driving from Jerusalem to Tiberius because enroute we visited Masada and had the opportunity to float in the Dead Sea!

Very soon after leaving Jerusalem the terrain changed and we were below sea level.

First stop was Masada – an ancient fortification which was the former fortress palace of King Herod. It is located on the top of an isolated rock plateau, similar to a mesa and is at the eastern edge of the Judean Desert and overlooks the Dead Sea. 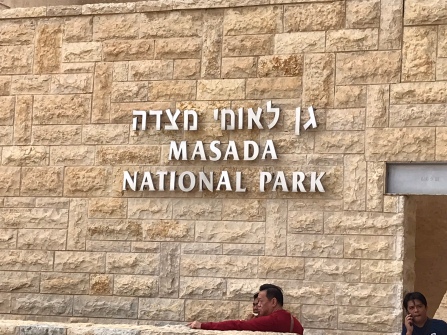 View from the summit 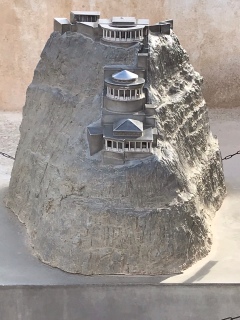 Scale model of what it was during Herod’s time.

In 70 A.D., the Zealots maintained a two-year standoff against eight Roman legions.  When Masada was finally conquered by the Romans, it was a hollow victory.  Rather than be captured by the Romans, the Jews, approximately 960 of them, committed mass suicide or killed each other. 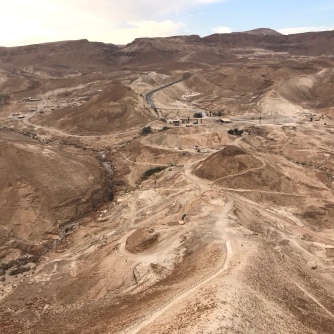 The path winds up and around – like a snake to the top. . .but another way is to take the funicular.

Next stop, the Dead Sea, the lowest point on earth at 1,373 feet below sea level.  This sea water contains so much salt, you just float!  And it’s true – I am very buoyant and had no trouble floating – in fact i had difficulty turning over to stand up. LOL 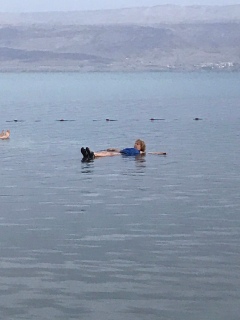 In fact, we discovered that synchronized swimming wasn’t too difficult in this sea:)